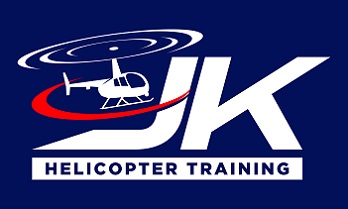 Our live video webcam feed is kindly
sponsored by the leading Helicopter
Pilot Training PPL(H) instructor at
Gloucestershire Airport - James Kenwright.
You can contact James for:

Learning to fly a helicopter with the James Kenwright Flying School

Below is reproduced notes from an HPPL student of his personal experiences as he learnt to fly a Robinson 22 with JK Helicopters.

“It’s like being given the keys to a magic carpet.” 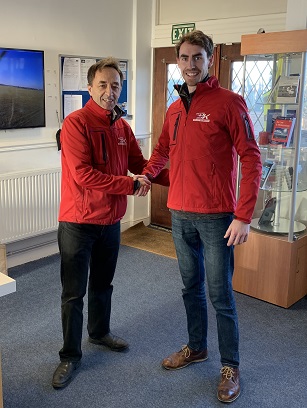 I’ve always loved flying machines but never thought I could actually afford to be a pilot. 2.5 years after a taster flight for my birthday, the idea of learning to fly helicopters has gestated. I’ve flown with a pilot friend, I’ve learned to fly a remote control helicopter. Now I’m more financially secure, hang on, maybe I could actually do this. It would be by far the most extravagant and expensive thing I’ve ever done. One more taster flight to check I love it. Yes. Yes I do. I love flying and I love learning. I want to push myself. Most importantly, you only live once.

“There you go, you can fly around the world with that!”

“Oooookay, I’ll take it from here…”

5hrs: Almost whole lesson on controls without having to be helped out. Feels good.

6hrs: Hovering starting to feel more solid now – just hold it and do nothing!

12hrs: Starting to feel like I could probably fly on my own soon. Now let’s do all of that while talking on the radio.

17hrs: Wait, they will actually let me fly this thing on my own after a few more lessons? I’d better really learn those emergency procedures.

“We’re about to throw ourselves at the ground from 700ft at over 70mph without an engine, in a plastic box worth as much as a house. Have you had your coffee?”

23hrs: I FLEW SOLO! Woohoooo! Only 6 minutes but what a step. And I’m now an official red jacket.

34hrs: First solo flight outside of the circuit. Around Tewkesbury. Mind-blowing to be up there all alone, totally in command. No one is around to catch any mistakes. Makes total sense to have a significant part of the course as solo time.

40hrs: Confined Areas and Practice Forced Landings in the snow. Got in a total mess, argh!

41hrs: Dual landaways Shobdon and Wellesbourne. First time landing anywhere other than Glos – ahhh so you can actually use this thing to get places? Feels like landing on another planet!

44hrs: Solo landaways. Gloucester-Shobdon-Wellesbourne-Gloucester. Ridiculous. What an achievement! Never would have thought I could do this 5months ago.

“Over 100nm through the air entirely on your own.”

47hrs: Recovery from unusual attitudes. Put ‘foggles’ on, head down, eyes closed. Instructor turns, dives and generally plays with your senses before telling you to open your eyes and recover, while unable to see outside. Eeegh!

55hrs: Brushing up for test. Argh… Don’t forget to check up on autorotation… Surely I haven’t forgotten those 5 Ss?

57hrs: Skills Test. Examiner very good at putting me at ease. Genuinely a great, enjoyable flight. AND I PASSED!

I’m officially a pilot. After just 6 months from deciding to go for it (about 2 lessons a week), from learning to fly in a straight line, to feeling like I really know the machine and can fly safely without guidance.

Aside from the actual flying, I’ve spent many, many more hours reading, studying for the 9 written exams and Radio practical exam, and being curious about anything and everything flying-related.

Aside from just learning how to fly, my mind has been expanded in many ways; it has changed the way I see the sky whenever I look up, given me an understanding of weather; given me a new perspective of my own thought processes and encouraged a confident can-do attitude.

What an absolute joy to be able to take to the skies, to hover in thin air and land anywhere.

Do this transcript interest you to help you qualify for a helicopter licence? If so please ring me now on 07900 680859 or please click on the

learn more button.
Either way I’ll happy to answer any questions which you might have.